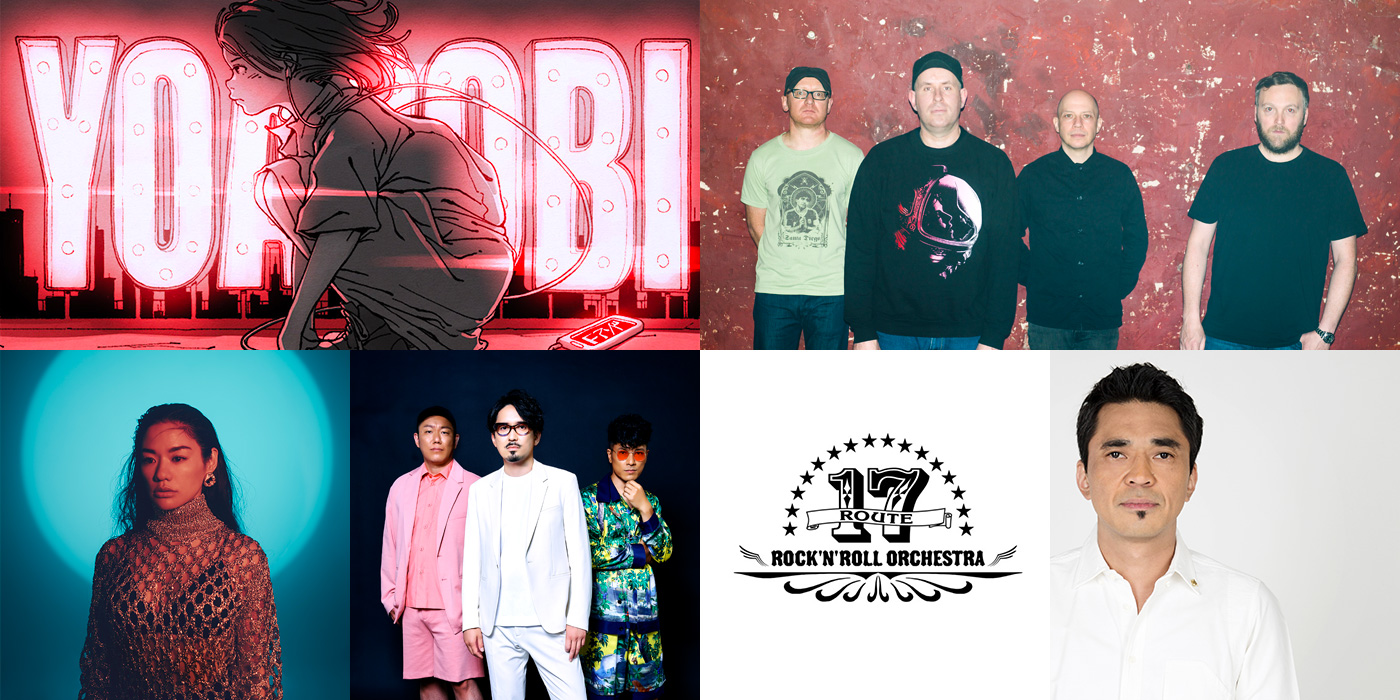 “The unit that turns novels into music”, Yoasobi with composer Ayase and vocalist Ikura, to make their Fuji Rock debut on Friday July 29th! Don’t miss Yoasobi who was number one on Billboard Japan’s HOT 100 song chart for 2020 and who were streamed over 700 million times in December of 2021!

Also confirmed to perform at this summer’s Fuji Rock is the number one female rapper in Japan, AWICH coming off her amazing performance at the Budokan in March; DOPING PANDA who are back together after ten years with their new album released in March, “Doping Panda”; Japan’s top bluesman Atsuki Kimura and his rock ‘n roll band; and the Japanese super band SKYE!
From Japan’s indie rock scene come No Buses, The Novembers, and Odotte Bakarino Kuni and more.

The second day of the festival, Saturday July 30th brings us the Donguris who’s sharp wit and deep grooves have made plenty of people their fans; Orange Range who marked their 20th year since debuting last year; Pasocon Ongaku Club who’s theme is “The Era of DTM is Here”; Eiko Ishibashi who directed the musical score for the award winning film Drive My Car; and the T Jiro’s who’s performance that overcomes genres will be back at Fuji Rock.

The third day of the festival, Sunday July 31st will feature the return of “the world’s rock band”, MOGWAI, who will be back at Fuji Rock after 11 years! Fuji Rock’s true Rock’n’Roll ORCHESTRA will feature performances by UA, Yoshie Nakano, Tortoise Matsumoto and other fabulous guests!
And don’t miss out on the many truly amazing acts on the bill such as Fake Creators (LITE、 DÉ DÉ MOUSE), Strange Reitaro, Tabito Nanao, Takkyu Ishino and more!

These 19 artists have been added to the strong 2022 Fuji Rock line up!
Two months until we see you in Naeba! And alcohol will be available at the festival this year.
Let’s get back to the usual Fuji Rock and kanpai at Naeba this summer!