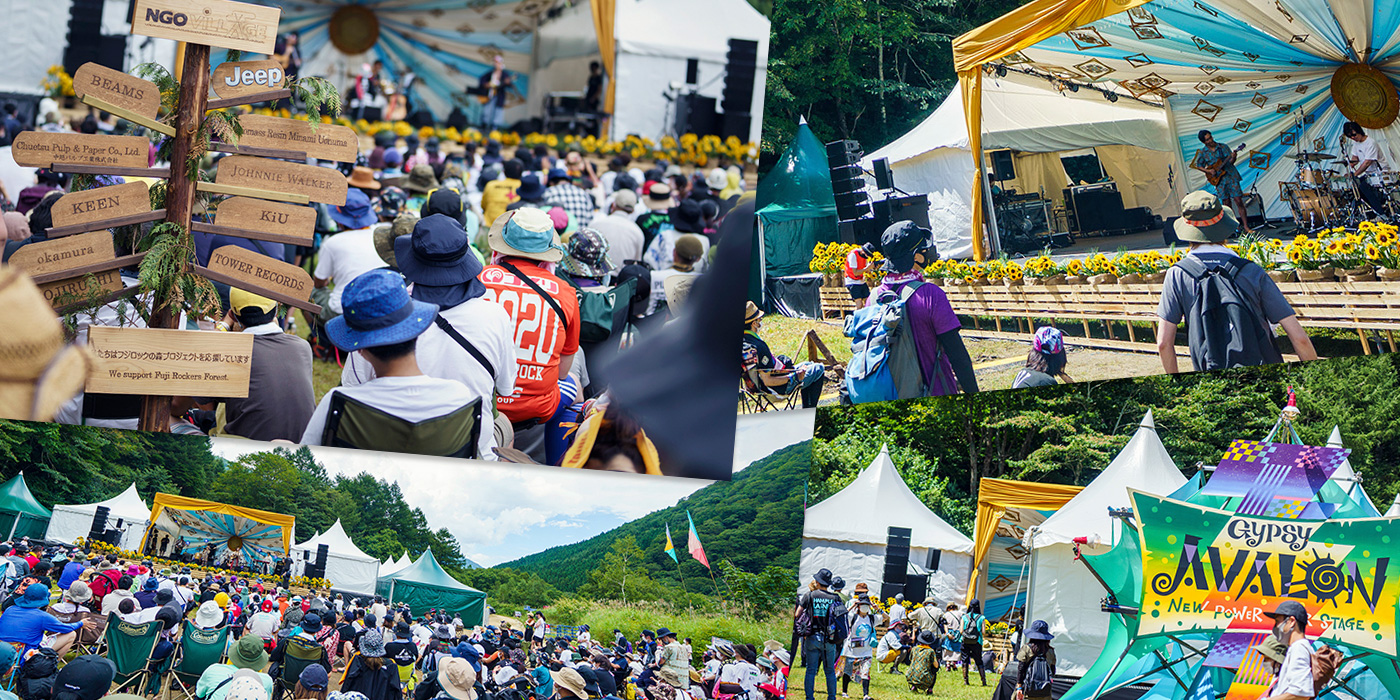 Since its start in 1997, Fuji Rock has offered opportunities to consider how to switch to renewable energy sources and live together with nature.

Since being held for the first time in 1997, Fuji Rock Festival has provided NGO’s with time on stage, to appeal to festival goers on issues like the environment, world peace and human rights, and has created the NGO Village where organisations can introduce themselves to the festival audience. Since 2005, efforts have been concentrated on global warming and energy, aiming to live in harmony with nature by converting to renewable energy sources and showing this through the use of biodiesel fuels and solar power within the festival site.

Since the disaster at the Fukushima Nuclear Power Plant in 2011, in order to support a transition to renewable energy sources, Fuji Rock has given over a portion of the New Power Gear Field / AVALON area to The Atomic Cafe, a anti-nuclear event that was started in the 1980’s.

This year’s Atomic Café will feature live music and discussions each day of the festival at Gypsy Avalon.

The MC for all three days will be journalist, Daisuke Tsuda.
This year features a special 4 session version of the Atomic Café. We look forward to seeing you there.

Two years later in 1986, a major accident occured at the Chernobyl nuclear power plant and the Atomic Cafe begins holding not just concerts but talk events to bring the issues that nuclear power have to the forefront.

The Atomic Cafe had since been in hiatus but makes its return in 2011 at Fuji Rock. Since then, it has held talk shows and live performances centered on and commited to the break with nuclear power, energy shift, the environment and world peace.