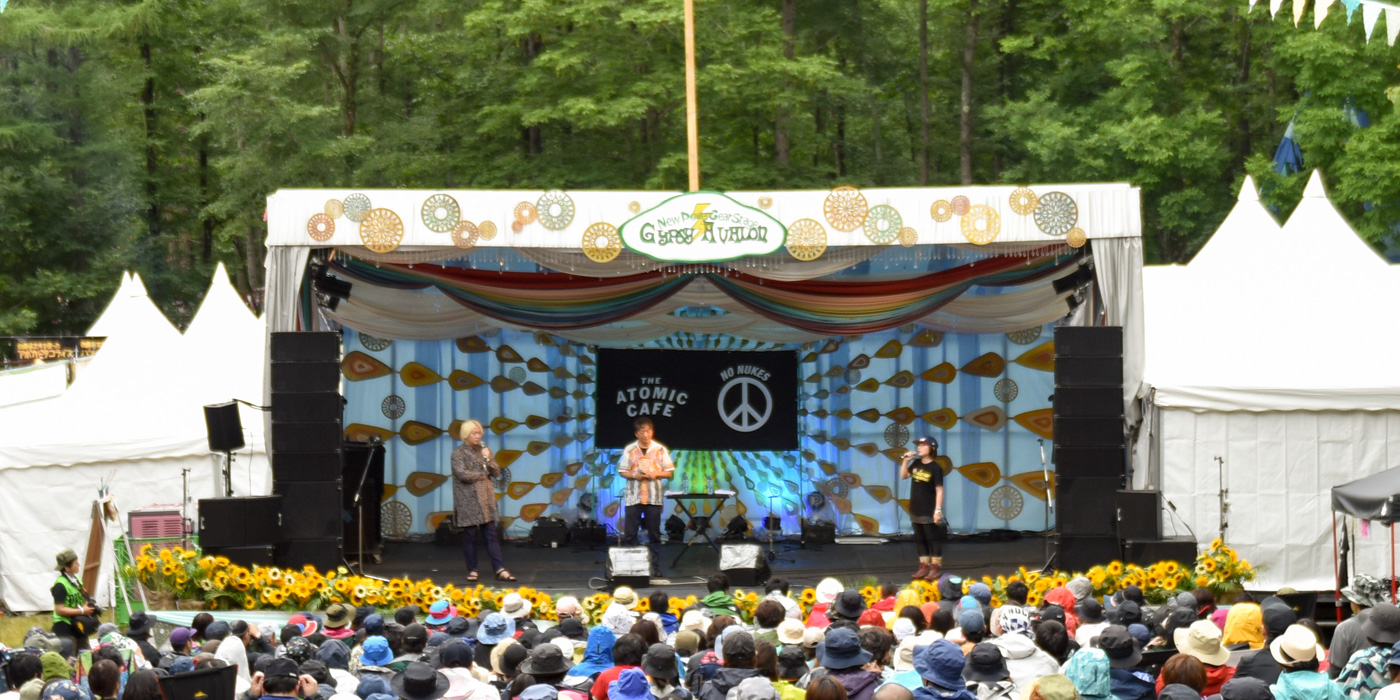 Since first being held in 1997, Fuji Rock Festival has always striven for a symbiotic relationship with nature and offered members of the audience a place to learn about environmental and social issues that we face as a community.

The festival has aimed to live alongside nature by offering NGOs a chance to appeal to the audience on stage about environmental issues, peace and human rights and also by constructing the NGO village where groups can introduce a variety of social movements they are undertaking. The festival also utilized alternative clean energy sources such as biodiesel and solar power to power stages and areas at the festival to show the practical uses of these energy sources and actually work in a way that is symbiotic with its natural surroundings.

Since the disaster at the Fukushima Nuclear Power plant in 2011, Fuji Rock Festival has created a space for Atomic Cafe at the NGO Village in Gypsy Avalon area, which has worked since the 80’s against nuclear weapons and the use of nuclear power.

A Message From Atomic Cafe

Atomic Cafe has held talk shows and live performances at the Avalon Stage since the disaster at the Fukushima Nuclear Power plant in 2011 to demand the end of the use of nuclear power and switching to alternative power sources. In recent years, we have had the journalist Daisuke Tsuda MC debates on issues about energy, the security agreement with the US, freedom of speech and other pressing issues.

This year marks 10 years since the disaster at TEPCO’s Fukushima Daiichi Nuclear Powr Plant and we will be focusing on the current situation of the use of nuclear power in Japan along with censorship of speech, the need for people to work on societal issues facing our community, the global warming crisis, and other issues we are all facing.

We look forward to your taking part in this year’s Atomic Café talk and live shows, and the NGO Village.