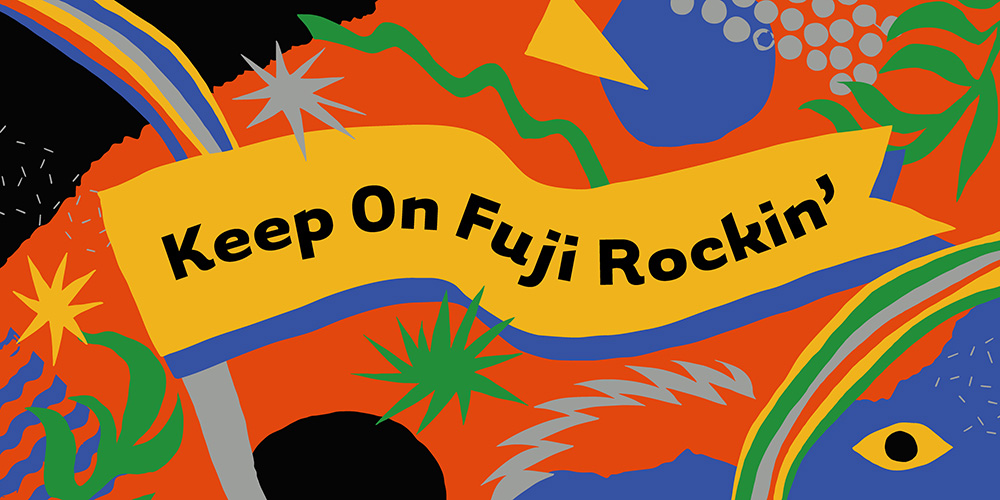 Centered on a special YouTube program stream on the three days Fuji Rock was supposed to be held: August 21st, 22nd and 23rd, the campaign will feature information about take out and delivery services available from restaurants and vendors who would have had stalls at this year’s festival, a lottery to win great prizes just like at the festival Pre-Party on the Thursday night every year and more! The campaign will last for the entire month of August so each and every one of us can enjoy a little bit of Fuji Rock wherever we may be this year.

The festival may have been postponed but let’s Keep On Fuji Rockin’!

We are planning many different campaigns this year starting in August for everyone to enjoy Fuji Rock in their own ways where ever they may be.

PAST FUJI ROCK PERFORMANCES TO BE STREAMED ON YOUTUBE! 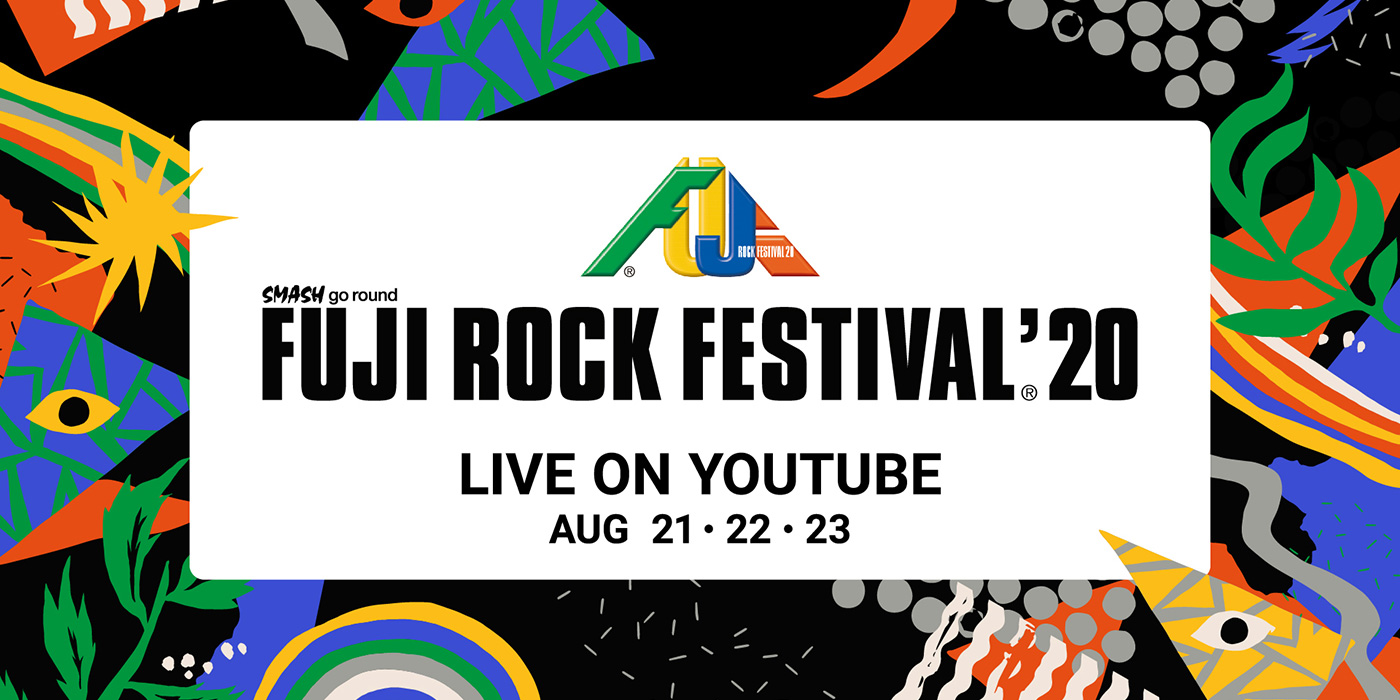 Special live program compiled from past artist performances will be streamed over the three days Fuji Rock was scheduled for! Don’t miss the surprise!

Viewers will be able to make donations during the program using YouTube’s Superchat function. Proceeds from the program will be donated to Music Cross Aid and Medecins sans Frontieres.
Thank you for your cooperation. 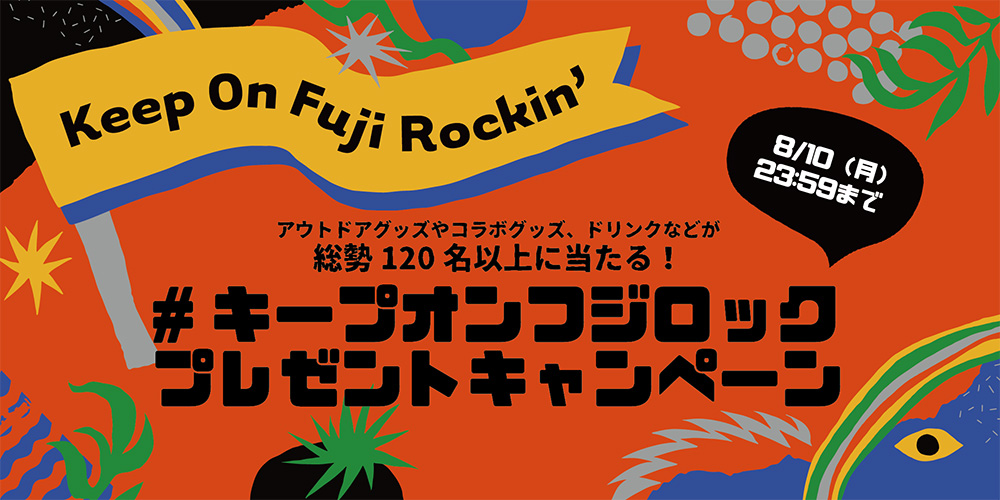 Win popular Fuji Rock items during the YouTube program! Total of 120 people have the chance to win great prizes!

Follow the festival’s official Twitter account and post using the tag, #キープオンフジロック for a chance to win great prizes such as outdoor equipment, collaborative merchandise, popular drinks from the venue and more!
Include a favorite memory or episode from Fuji Rock for a better chance to be one of the 120 people to win prizes!
Looking forward to everyone’s tweets!

Winners will be notified by direct message by Tuesday August 11th.

Please be sure to read before applying for prizes.
By Tweeting and applying for a prize it is deemed you understand and agree to the regulations of the campaign.
Entry to campaign and shipping of gifts to be limited to Japanese addresses only. 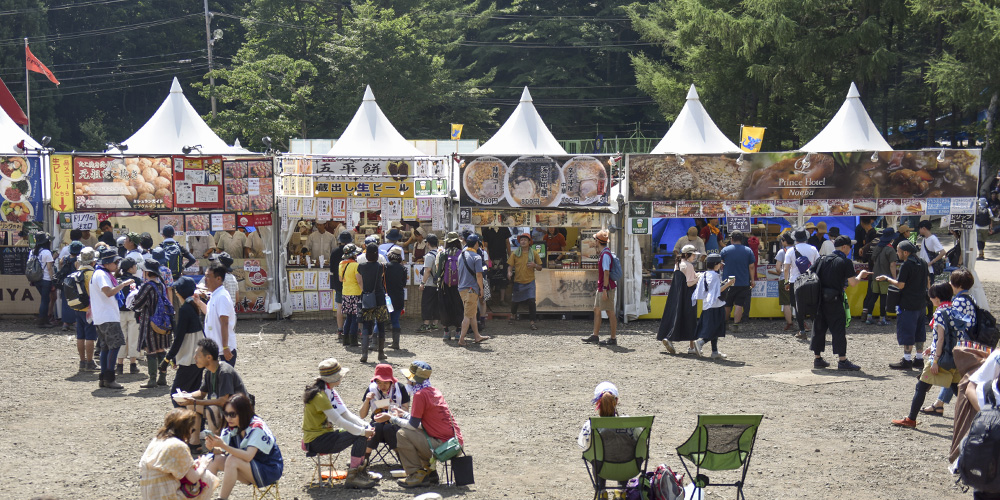 Get take out and deliveries of your favorite Fuji Rock foods!
Or make your festival fav’s at home with these recipes and how to videos!
Watch the special YouTube program while eating Festival Food @ Home!

Restaurant Details in Japanese only

Messages from Fuji Rock Festival official supporters who support the festival every year. 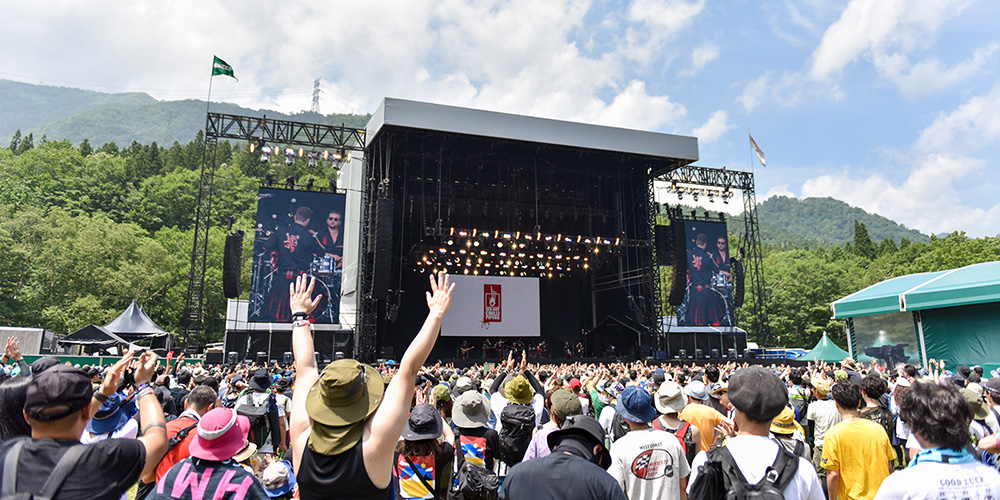 Don’t miss the repeat broadcast of the epic 15 hour program about Fuji Rock Festival ’19 that first aired in September of 2019!

Special broadcast featuring a selection of music videos by artists who have performed at Fuji Rock Festival.

All programs to feature Fuji Rock campaigns throughout the day!

Segment of program will feature recordings of past artist performances and gifts for listeners!

Segment of program will feature recordings of past artist performances and gifts for listeners!

Program to feature Fuji Rock Festival over two weeks.
Program will introduce the festival’s ecological measures and how it works towards a symbiotic relationship with nature.

FRF Official Shop Gan-Ban (Shibuya Parco B1) will feature sales on festival merchandise which was supposed to be sold at the festival, Fuji Rock Collection 2020 items which sold out online will be available, along with exhibition and sale of prints of photos by official festival photographer Uchutaishi Star.

During the campaign, those who purchase select items at the store will recieve a FRF’20 x Gan-Ban tote bag and FRF’20 limited edition Gon-chan balloon free of charge!

The early morning “Fuji Rock Run” at Naeba was started by MOBSTYLES Tahara 104 Yo’s running space “&MOSHI” and running mag, “Hashiru Hito” in 2016. 2020 will feature the run in remote!

Take part wherever you are however you want by running at the same time: 9:00 AM Saturday August 22nd, 2020.